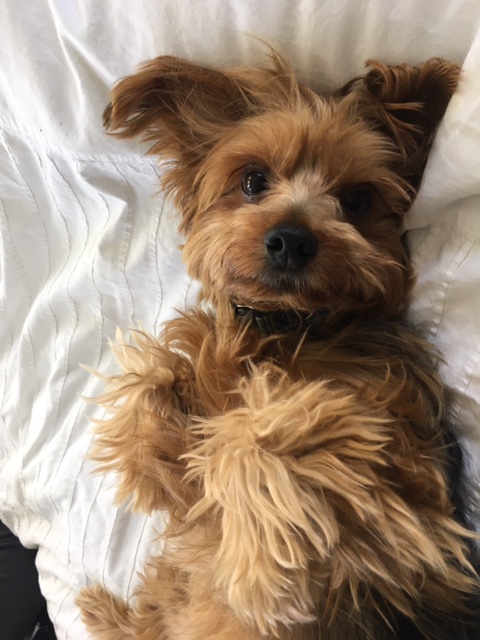 Now,  who could resist this little bundle of fur?

We spent six weeks in January/February 2019, in Ste. Adèle, Quebec, caring for a Yorkie Bichon and his home while his mama gifted herself a painting break in Mexico. You would not think one would need a ‘break’ from a wee dog like Cajou, such a deliciously cute and delightful pup.  However, couple his intense personality with the harsh Quebec winter — and it begins to make good sense that time away can be refreshing, and may even make the heart grow fonder. I discovered quickly that I would spend each moment of the day with a wee, furry shadow mirroring my every move. If I happened to glance up from whatever I found myself involved with — despite having spent loads of time already in activities dedicated to the little Cajou, like feeding, walking, hiding his ball, throwing his ball, chasing him about the house — two beady little eyes would be boring holes into me. “Play with me, Feed me, Pick me up, Take me for a walk, Don’t you dare try to leave this room without me!” — as he grew to understand our English language, I came to understand the commands of those black, shining eyes.

I call Cajou ‘chiot’ or puppy even though he is five years old, because he truly seems to believe he is just an innocent pup, still learning the ropes of mature doghood. One who is entitled to ALL the attention available at all times and is forgiven for how ever he goes about soliciting it. How could we do anything but go with the flow of this little nut’s expectations? (Cajou= cashew en Français)

The few times we left Cajou home alone, he was extremely vocal with his feelings about such an outrage — he is no stranger to separation anxiety.

Cajou is a lover of the ample Quebecois snowfall, and would even help with the shovelling — barking and snapping madly at each shovelful of snow thrown onto the ever-growing mountain. {Who knew it would be a record-breaking snowfall year and Louise’s hired (pre-paid) snow shoveller would be unable to keep up with his contracts?? Not likely to happen like this again (ie: 1/2 the snow would be normal), but, as sitters, we are flexible and able to cope with conditions that arise.} 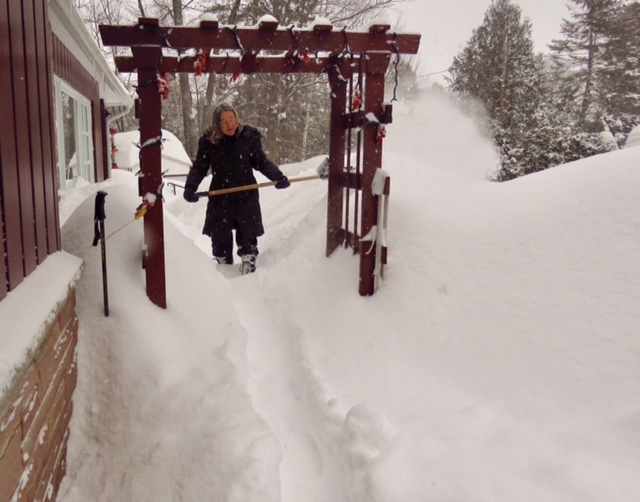 Though I present Cajou as a hefty emotional weight in a small package — and without a doubt he is demanding — he also managed to steal both our hearts with his devotedly loving ways and rare beauty. (We  would find ourselves staring at him in awe, wondering if he had just nipped out to the spa for a colour treatment and facial, so beyond natural appear his colour highlights.)

I understand when his mom tells me — and do I detect some regret in her voice? — that when she saw him at the shelter, it was love at first sight. We still miss the little muffin, two weeks later.

(PS Louise heads to Mexico every winter. Message me at kath.p54@gmail.com if you are experienced with references and interested in a Montreal area winter.)